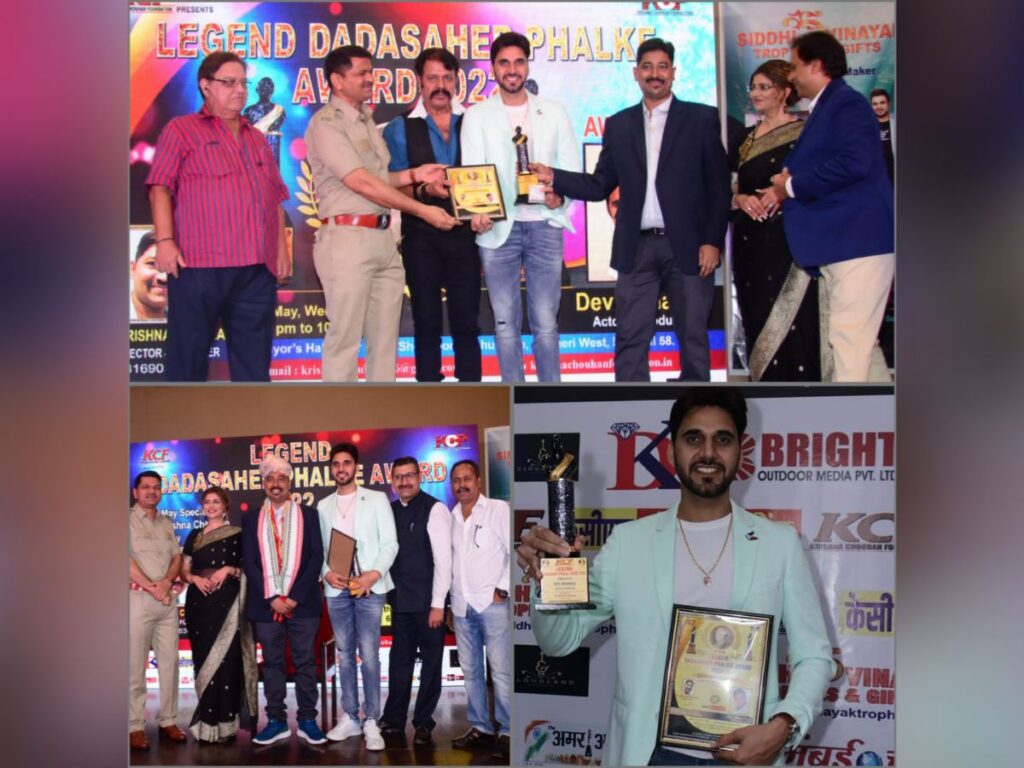 New Delhi (India), July 22: The Dada Saheb Phalke Award, considered the most honored and highly ranked film award, is received by very few creative individuals in the film industry. Held every year and presented by the Directorate of Film Festivals, this award holds the greatest importance in the Indian Film Industry. Dev Menaria gets honored with The Dada Saheb Phalke Award 2022 for his excellence in filmmaking. The award is not just based on his excellence but also on his hard-earned respect as a citizen of India who distributed and donated masks, sanitizer, food, and other essentials through the hard times.

Dev is a face well known for his work in the Entertainment industry. Though he was born in Udaipur in the state of Rajasthan, he still was able to aim for a wonderful career in modeling, winning the competition of Mr. India Supermodel 2020 organized at Kolaba in Delhi. His achievements in filmmaking, acting, and modeling are considered huge, even in Bollywood. He has worked on many serials, including Nukkad Ek Choupal, alongside winning men’s Pageants and web series like the Lost Night and multiple music videos. His upcoming work is the Hindi web series called “Saajish the conspiracy” by Director Hira Lal, Producer ss pattnaik, and Dev Menaria, which is about to release this year. He received the Dadasaheb Phalke Award from the SP of Mumbai in the presence of Arun Bakshi, Manoj Joshi, Gajendra Singh, Aarti Nagpal, Tinu Verma, and Krishna Chouhan.

The web series also features Dev Menaria, Mugdha Godse, Raza Murad, Kanchi Singh, Shahbaz Khan, Mushtaq Khan, and Neeraj, amongst many others. The shooting has already been finished, and he is now planning to come up with two more important projects in the future. Dev Menaria mentions, “I am way more than just proud today. I have been working hard for such a day. All the projects I accomplished now feel like a complete thing. Thanks to all my supporters who have recognized my work and allowed me to do more.”

If you are passionate about acting keep patience

October 7: People often struggle with a lot of obstacles which they think are unavoidable, which is partially true, but some individuals like Udta Punjab and Atithi bhooto bhava fame actor Prabhjyot Singh enlighten us with his soulful experience and words for newcomers in this Industry. Prabhjyot especially shared his observation during a very own…

Pyaari Tarawali, an enigma of womanhood in search of love & freedom, film to be released soon

A sparkling true incident in 2010, and this emotional story of Pyaari and Laxman was weaved into a bestselling novel “Pyaari” and later was adapted into a film by Omsheel Production. With talented new comers taking a lead and no big stars, instead this film’s content emerges as a star and the film makers focused…

October 5: It is often said that the type of content one consumes affects their behaviour. Therefore, one always ought to watch or read stuff that encourages them rather than discourages and they prefer content that inspires them to take action for good. Similarly, for ages, films have been used to reach a wide range…