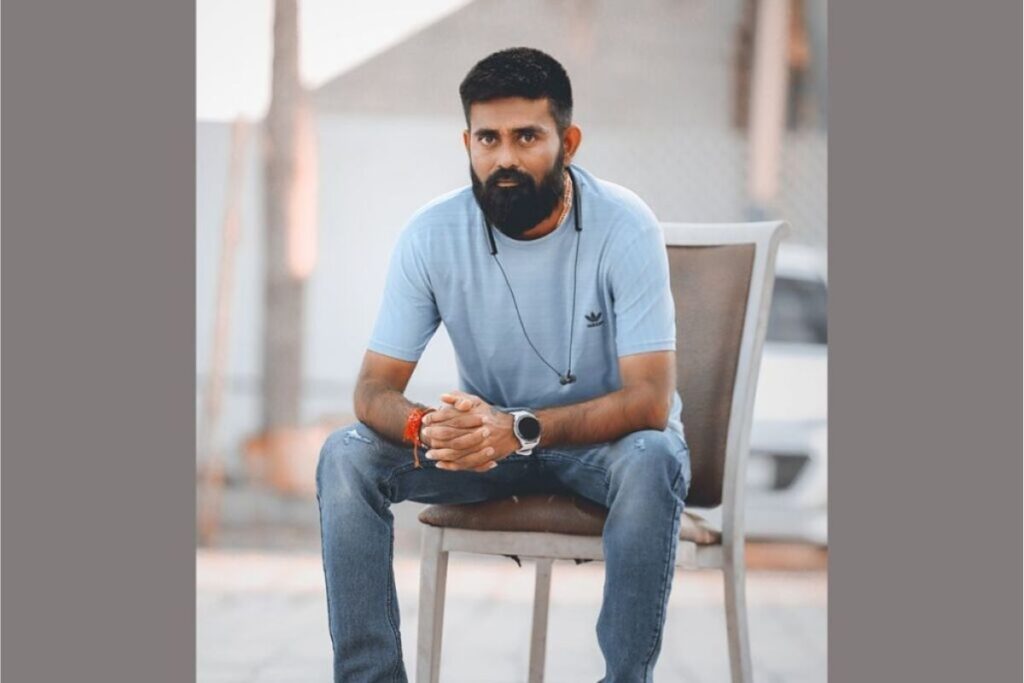 Gujarati music industry’s talented artist, who has ten years of expertise in direction and cinematography, revolutionize the industry with his fantastic work.

India, July 6: Raj Ahir is a Gujarati music industry director, producer, and cinematographer from Devbhumi Dwarka, a small town in Gujarat. For the past ten years, the talented artist has worked on 70 Gujarati album tracks and six Gujarati web series. His most recent album song release, “Sambhalje Mogal,” made headlines in the Gujarati music business. Raj has received worldwide appreciation for his work in the disciplines of short film and web series directing and cinematography, as well as music, and has shaped his audience to learn about emotions that have left a lasting imprint on them.

The artist’s passion for music has contributed greatly to his successful career. He began his professional journey with his Raj Studio channel, where he showcases his music and web series creations. He has a team of highly qualified professionals that have built a brilliant workflow and have risen to the top.

With his talent and passion for his job, he acquired a silver play button from YouTube after reaching one million followers. Gujarati Lok geet like “Bhuli gay moti no har” and ‘Rang Re kasumbal’, Hindi cover songs like ‘Yaad Karoge’, “Roj Manavsu” Radhe Krishna song, “O Kanha” Radha Krishna song, “Kan Mane Sambhare”, are some of his well-known work released on his youtube channel.

Art, skill, and vision have penetrated every nook and cranny of today’s globe, and the music industry is no different. Raj Ahir is a talented individual who, because of his passion for directing, cinematography, and production, wears several hats. His sincerity and intent in all he does and his bravery in attempting new things have made him one of Gujarati music’s most appealing individuals. “Sambhalje Mogal,” his most recent directorial song, has gotten a lot of attention, with over a lakh views on YouTube.

Undoubtedly, Raj worked tirelessly as a cinematographer and director while remaining behind the camera. His cinematography ability is one of the most important aspects of filmmaking that goes beyond capturing the scenic beauty and passionate moments in every song or web series. As a talented cameraman, he often views the world from multiple perspectives. It is not simple to catch his vision most distinctively, yet he sticks out from the crowd.

The music artist appreciates beautiful scenic sets and would settle for nothing less than absolute perfection. Indeed, behind every ‘Wow’ moment in a song or web series is a cinematographer who imagines the director’s purpose and delivers the best to the audience. Raj Ahir is one of them, and he is noted for his artistic work as both a director and a cinematographer in all of his productions.

Raj, a Gujarati native, has multiple Gujarati hit album tracks and over six Gujarati web series to his credit. His ten years of dedication and success in entertaining his fans with his abilities in music and web series are impossible to equal. His calm disposition contributed to his success.

“Baitullah”: Mukul Madhav Foundation Showcases The Story of Millions Of Child Labourers Through The Eyes of One

New Delhi (India), December 2:   1 in 10 children around the globe is employed as a child labourer. These children spend their childhood in dire conditions battling poverty, and exploitative workplaces. They are in a very vulnerable position – their life at home is bleak, and the workplace they go to to help out the…

November 28: Dance is a form of performance that consists of different patterns of movement. When music is added to dance movements, which frequently carry symbolic meaning and messages, they become even more beautiful and powerful. Dance Classes in Mumbai help beginners to learn dancing and get better each day. Haresh Fatak (Hitesh) believes that…